Don't pass the rest of the time before the school bus returns, craning your head to check if the neighbour's driveway cleaning service is better than yours--unless you're willing to refer them to your driveway guy (with the compelling moko tattoo). 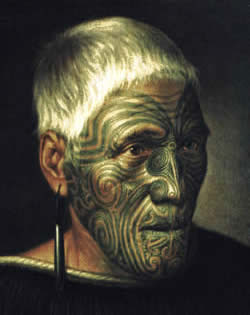 To wonder why your guy has a tat traditionally reserved for Maori, and what it means to him here (and as a snow plow driver), is a digression that not only takes you away from speculating about the neighbours, but from being at one with the domestic goddess inside you.
See then that your regard is kept free from random worries and utter nonsense:
(ie. remembering this song, then feeling compelled to say Rrrrico Suuaave over and over).
A housewife should think in such a way so that if she was asked "what're you thinking about?" she could answer straight up and without having to edit ("chin hair,""why do the boys stuff their socks between mattress and headboard?," Amedei chocolate, etc.) thus showing that all her thoughts were untortured and able to gently "be"...an attractive means to surmount both chocolust and household angst. Such a woman, determined to astound herself with her higher-self thinking is indeed the mistress of her own thoughts. She is making exemplary use of her inner mojo; unsullied by indulgence, teflon-coated to sticky 90s tunes, beyond the reach of the insult of unworn clothes being chucked into the laundry bin or... 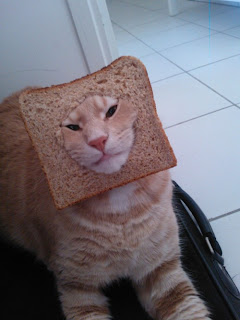 breaded cats.
She is the Princess Leia of life's greatest battle: the struggle against the dark empire of excessive emotionality! She is imbued through and through with awesomeness, donating real baking to the school Staff Appreciation day, rarely asking herself if her lemon pound cake stands true against the carrot cake already served up. She welcomes whole-heartedly the chance to pool money together to buy the hockey coaches thank you gifts, and only asks herself about other people's business when prompts on Facebook remind her to dislike Monsanto, McDonald's, and other Corporate devils. 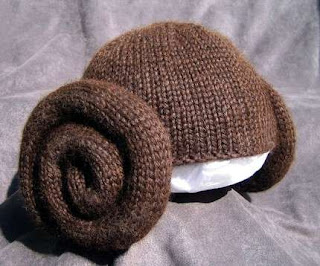 clever wig by Ansley Bleu optional!
She confines her ripples to her own puddles, having her attention fixed on her own spot in the bigger garden of existence, being sure to act honourably, and certain that what happens-- needed to happen.
She doesn't forget the connectedness of all reasonable creatures (the best of pets included in this, naturally), nor that caring is most often the right response. And she knows that it is not faddish, fleeting friends which should be held near her heart but only those who live within a reasonable degree of balance in everything. As for others, who exist in a perpetually messy drama, she reminds herself of that wise saying: "how you do one thing, you do everything," and that she doesn't need their approval, since they do not even sort themselves out enough to know what they stand for, let alone bother to stand for it.
Posted by Rubber Gloved Philosopher at 3:03 PM 2 comments: