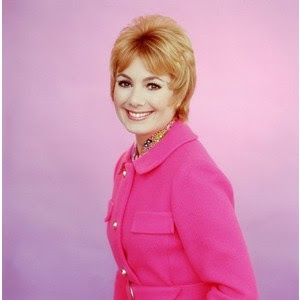 Mrs. Partridge was a rockstar--
but still felt compelled to have "Caution: Nervous Mother Driving" painted on the back of her groovy bus. 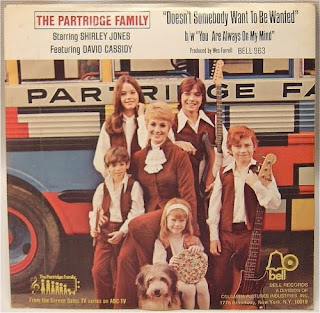 separated at birth?
On Happy Days, Mrs. Cunningham's occasional domestic rebellions confirmed the end of involuntary housewifery, but (like dancing with the Fonz), they were pretty tame. 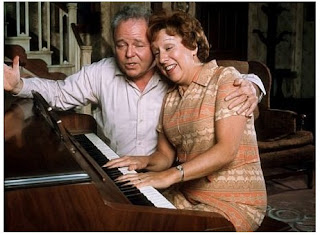 "and you know where you were then, goils were goils and men were men..."
were popular for their devotion to cavemen--before giving way to the harmonious sitcom marriages with work/life balance such as that of Claire Huxtable, or the "you've come a long way baby" lives of Mary Tyler Moore, or Anne Romano. 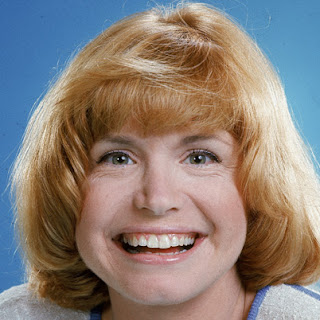 (But it was too many knitted hats and this kind of hair which eventually killed these shows off.)
My point?
You decided to be a housewife...(and thankfully not a TV one, unless you're one of those wildly plastic Real Housewives of Somewhere...) You've got tremendous kids, as well as a killer collection of vintage dishes. Time to let go of feeling like you're missing something! If it's for a 9-5 job with XEROX machines, and bad coffee, well, you'd better pack gum and hand lotion...
If not, then don't pine for the path not taken, like a latter day Erma Bombeck.
One path is homemade jelly, contract work, and Etsy; the other: steady paycheques, and traffic jams.
Posted by Rubber Gloved Philosopher at 4:04 PM