If a woman's 2 year-old starts to have a meltdown over being denied a chocolatey Kinder Surprise at the checkout counter, you will not easily find a decent housewife who'd regret supporting that mother by either momentarily distracting the 2 year-old, or giving the mother a "been there-- ignored that" wink.
But the kind of housewife who sneers at such a meltdown, and the possibility of her own (perhaps triggered by many issues, including discovering she's spent a day with baby snot on her sleeve)....should be stuck with daytime TV for company as a "reward". 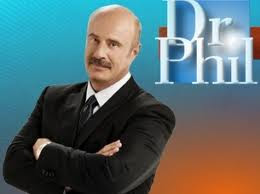 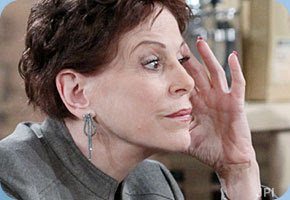 "Taylor put the brakes on her burgeoning relationship with EJ when she learned what he really wanted. What was it? And after Victor put the brakes on a business deal of Brady's, Maggie thanked him. With a kiss. Fay learned something shocking, while Carly made an even more shocking decision. Flip through our photo gallery to find out what else is happening in Salem." 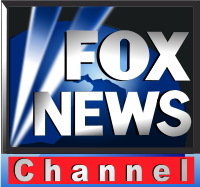 Home of "Fair and Balanced"
Posted by Rubber Gloved Philosopher at 7:11 AM