Not a breath of the braggart's chabber, the bridge player's idleness, the trophy wife's emptiness could be charged against her. All housewives recognized in her a hairdo so well-sprayed and backcombed that no wind could budge it.

With props to Aqua Net

In the same style she, too, was bulletproof to begging for a canopy bed or a pool in the backyard (though caved in over "Neapolitan" ice cream) and entirely capable of ruling herself, my posse of garden-raiding friends, and invasive perennials. Moreover, she had a high respect for all genuine workers; and yet though believing it was a fair price, refrained from heeding the advice of a carpenter who quoted her on building an indoor sauna...She preferred to do it herself. 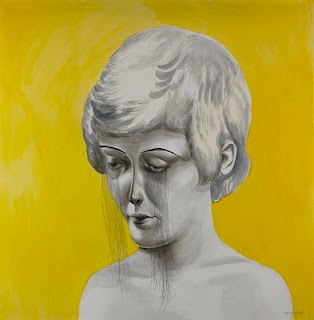 At parent teacher interviews she was friendly and conversational without being too fun--embodying the divorcee's gravitas of the '70/80s. The care she took of her figure was impressive. Though not afraid of dying--she had a genuine horror of getting fat 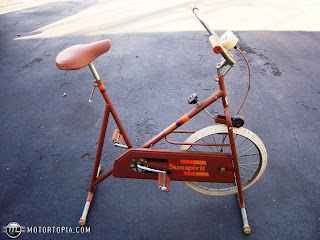 ...or growing hair from her chin and being unable to pluck it. She was not above abusing herself occasionally with Spicy Doritos, in spite of the fact she looked after herself so successfully that she was seldom in need of medical attention.

No hint of jealousy showed in her quick recognition of the best qualities in other people, whether in school assemblies, at the gas pumps, at her son's football games, or any other social interaction, and she took pains to give each person the chance of excelling at being him or herself (so long as they were not lazy). Though all her actions were underwritten by the claim that "there is a right way-- and a wrong way", she would never fight to the end because her reading in pop-psychology was such that she had begun to struggle with her own black and white moral view.

Posted by Rubber Gloved Philosopher at 11:40 AM