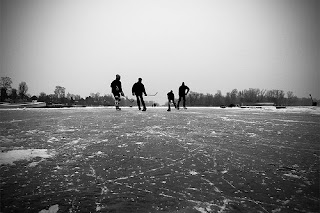 Photo: R. Peschetz
The gods, too, gave me brothers whose natural attraction to playing wild games of hockey and sleeping late were a standing challenge to my own self-discipline (though their letting me eat the pizza, left over after parties, warmed my heart); 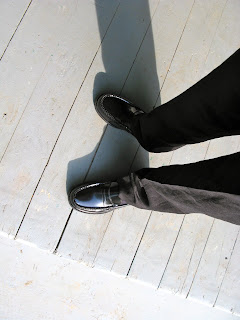 ...and children who were neither skull-popped nor physically "off".
It was an aunt who talked me out of law school, though reading through sample LSATs also didn't encourage much progress. Fate instead was such that in my English lit classes I raised my profs to such rank and station (occasionally manifest as crushes), as I thought they might also have on me (or at least my brain) that I later almost agreed to write a dissertation on a single, short Seamus Heaney poem.
To the gods I owe my near-sisterhood with Muriel, Margery, and Mary (housewives, all). With them, too, I am able to compare our vivid and recurrent sense of how isolated it is to be at home. Indeed, for their part: the favour of picking up my children after school, sharing Mojito recipes, making entertaining phone calls, and regular outings for sushi I have received leave my personal failure to attain "Domestic Goddessdom" without excuse. If I am still far from being Mrs. Brady, the fault is my own for not keeping my hair consistently flippy enough, nor paying heed to their tips. 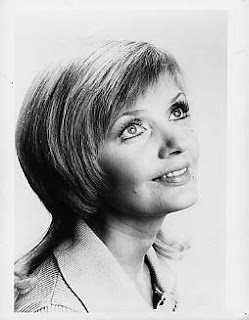 Posted by Rubber Gloved Philosopher at 8:01 AM