7. From Davis I derived the notion that my character needed training and care, and that I must not continue to speak before considering what I was saying, nor be led astray by enthusiasm for imagining life after death, speaking like my mother, or writing sucky poetry. He also taught me how to drink tea all day; to play chess with loud classical music on; encouraged the way I avoided the “softer side of Sears” type clothing, and to imitate the Irish accent he absorbed from his father. If anyone, after falling out with me in a moment of temper showed signs that they were sorry, I was ready at once to hear their apology. Also, I was to be ambitious in my reading, not content with shortened versions of classic novels; and not to let myself be too convinced by chatty drunks at the University Pub. Through him also I came to know Kafka’s Metamorphosis, of which he gave me a copy pinched from his brother’s library. 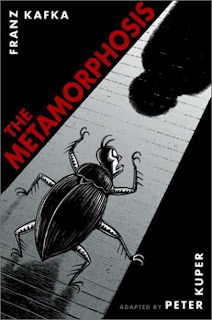 Not this version, but this is good.

8. My mother’s cooking impressed on me the need to buy cookbooks and actually follow recipes instead of depending on the hazards of broccoli stems and tofu, and never leave sprouted beans under the sink. She also schooled me to take a half valium to ease monthly cramps, sleep with curlers on my head, pulled me under her blanket to cry over a lost friend when I was 16, and modeled how to deal with the tedium of living in a chronically uncool city with the same unaltered composure. She herself was living proof that the most frustrated energy is not incompatible with the ability to relax making macramé owls or a few drinks. Her instructions on how to properly use a floor polisher for linoleum were always a model of clarity; yet she was evidently one who rated cleaning abilities and an aptitude for sorted linen among the least of her achievements. 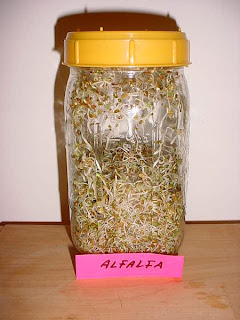 see what I mean?

picture and how to: http://en.wikibooks.org/wiki/Growing_Edible_Sprouts/Jars