As mentioned, she despised laziness and also messiness, and had an established preference for spending holidays with relatives--helping them butcher a pig and make sausage or embed alpine plants in a rock garden, over lounging on a beach. 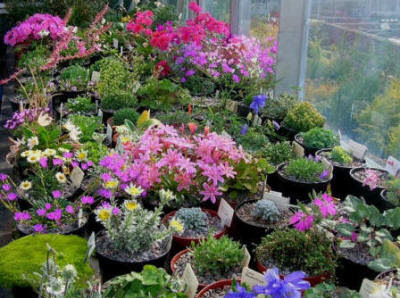 After recovering from one of her blinding migraines she would lose no time in vacuuming the bejeebers out of the house, with 2 pots of coffee under her belt, and Moog rattling the dishes.
Her personal letters and confidential notes were fairly easy to find (I was a snooper), and the few times I spotted "love" in them my brother and I went catatonic with comedy, imagining her with a lover.
She showed balance and restraint when hosting yearly block parties, celebrating the rebuilding of the garage, paying the kid who painted the fence, and so forth, knowing they might be occasions to gather round a cheeseball, rather than nag for the return of a borrowed fondue pot. Her baths were taken after everyone else's as she worked late and long hours, and she loved to fix and renovate. She was very critical of the food she ate, more so than the style of clothes her kids wore or of the motives of some other housewives' husbands.
Her heeled clogs, curiously back in fashion, and most of her working suits came from fairly good stores as they were intended to last forever. 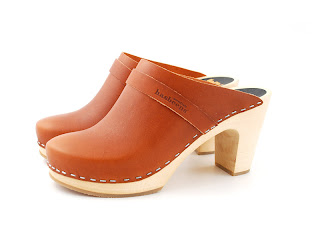 Her thoughtful gesture of leaving cookies for the garbagemen was typical of her demonstration of gratitude--for being cranky (outside the house) was as foreign to her nature as swearing, or insulting people. 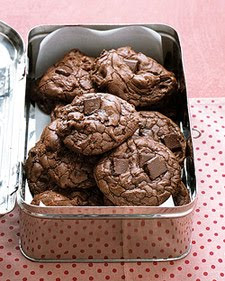 Outrageous Chocolate Cookies
She sometimes grew angry, but rarely to the point of cracking her wooden spoon on the counter. It was increasingly her habit to refer to what Barbara Coloroso would do or "consider the source" calmly; taking "five" by polishing her philodendron leaves with Amway plant wipes. What is recorded of many single mothers everywhere, was actually less applicable to her. She lacked the ability to wallow in self-pity or overindulge in retail therapy, with which most might console themselves. To be thus mighty enough to support her kids singlehandedly and maintain a clean house argues a consummate and hardworking soul--as my Grandmother admonished when she gave me this dishtowel, before moving into an oldfolks home. 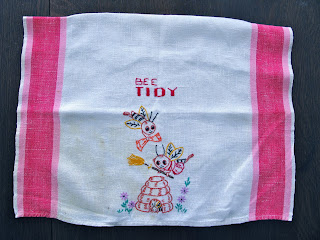