15. Uncle Dermit was my model for self control, plaid western shirts, 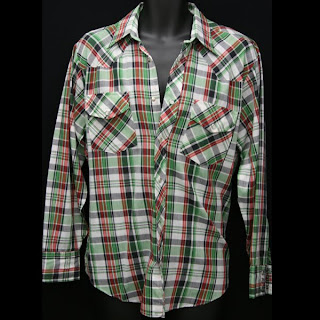 ...and staying dutifully married, even after my aunt had a mysterious stroke (pill-induced from pilfered meds?) and turned mental. His character was an admirable combination of Christian soldierdom and avoidance of confronting troubling family details, such as the big hair satanic rock band my cousin was in.

He stayed (as directed by my aunt) quietly "tinkering" in his workshop, out of her way in the house. He gave everyone in the family the conviction that his religious faith precluded the need to really discuss his wife's radical brush cuts, or the cause of his daughter's sudden weight gain, and acted as he judged right. Bewilderment or controversy were unknown to him; he was never hasty to clear dishes (women's work, according to him), never lost his temper; and no amount of his wife's secret smoking and spraying "Charlie" found him at a loss.

He indulged neither in being depressed by eventually selling, then renting out his own home from the person he sold it to, nor eating pickle sandwiches for dinner. Nor had the anger of other men in his barbershop quartet, or jealousy, have any power over him. Kindliness, supportiveness, and the fact he made his kids a go-kart as well as a treehouse contributed to give the impression of a great heart that was innate rather than inculcated. Nobody was ever made by him to feel intellecutally inferior, yet none could have wanted to challenge him in a game of horseshoes. He was also the possessor of tremendous nostrils and an agreeably infectious laugh.

Posted by Rubber Gloved Philosopher at 7:59 AM